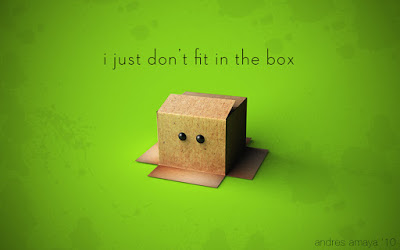 I received a note today on Goodreads, a reader asking if The Renegade’s Captive is in Kindle Unlimited, or if I will be putting it there soon.

It was with sadness that I had to reply that I will NOT be putting my books in KU until the fiasco at Amazon has been fixed with Kindle Unlimited; and as my books 3 month contract expires, I will be pulling my other books also.

Kindle Unlimited is something I like as a reader.  Now that more and more authors have joined, there is a HUGE array of books to read– good books, USAT and NYT books, books by renowned authors–all for FREE with a membership.

But, as an author, I am no longer able to avert my eyes and pretend nothing is going on at Amazon.  I have seen a 50-66% drop in my sales and page reads since August–this is a huge cut to my ability to not only write full-time, but also my ability to pay bills.  And even if those weren’t an issue (which they are), I cannot and will not participate in a program that has drastically reduced or eliminated pay for authors.

This was not discovered by Amazon (and if it was we’ll never know), it was discovered by us– the authors– when we saw our sales plummet.

It hasn’t affected all authors– it seems to only affect authors who had a release in August or September (and now I’m assuming October) or made changes to their book covers (I changed every single cover in my self-published library in August), or they made changes of any kind to their books in that time frame.  The authors affected report seeing a drop in page reads of 50-90%– that is HUGE.

The culprit– Page Flip. It’s the feature that allows you to see the pages in small print in boxes and curls the pages as  you turn them.  On phones it is purported  (and I concur) we didn’t even get asked if we wanted the function, it just appeared one day. If you’ve purchased a new reader, it came with page flip.  Other Kindle readers gave us an option, and even I initially agreed to it – I like the curling page 🙂 Suffice it to say, I no longer like the curling pretty page.

How many of us have been affected?  I know I was–in a huge way.  How about you?

This is the problem:

In all honesty, with the shouts and waving of fists of thousands of authors bombarding them with emails, the phone calls, the blog posts, and KBoard conversation threads, Amazon has tweaked the page read algorithm — is it back to normal? No.  Is it the new normal? Who knows.  Is it possible that this is as good as it gets now?  Maybe.

In conclusion, until this is solved….and solved in a way that gives us reparations for reads/funds lost for two months, and a system that accurately tallies page reads, I can no longer participate in a program that cannot assure me that I will receive payment for actual pages read, which is the agreement made between Kindle Select and authors.

I have no union rep or HR dept to turn to, I only have myself and  a system that is inaccurate at best, and fraud at worst.

So I’m pulling up my lemonade stand–one book at a time as the three-month contract ends.  I hope to be back — I really like KU–as a reader and an author.  I apologize to my readers.  My books will still be available, as always on Amazon, they just will no longer be free on Kindle Unlimited.  🙁