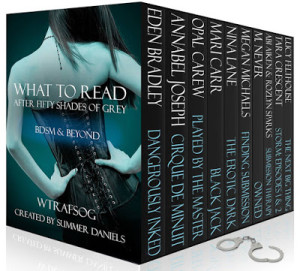 She started to crawl out of the cage, looking back at the bed, rubbing her hands over the pink velvet, sniffing the pillow, and rubbing her face on it one last time. Once she was out of there, she went to the saddle on the saddle rack. Preston was curious whether she would find the switch on the saddle horn.
Oh, there it is. She did it, she flipped the switch.
He chuckled, enjoying her look of surprise, and then watched her push her pussy up to the horn to feel the vibration. However, nothing prepared him for her leaping off the saddle, and taking her pants and panties off.  Her bottom had a couple areas that were still pink from the belt last night. While he watched her in that room, he actually contemplated jerking off. The sight was almost too much to maintain his self-control. She climbed onto the saddle, that bottom he loved so much, the curves calling to him. She had broad hips, and a soft sway and jiggle to her cheeks that made him want to bury his cock in the cleft. He watched as she slid up the saddle to the horn, slowly grinding her hips on the vibration. Soon her eyes closed, her white teeth chewing on her lip. Intermittently, she would shiver and her hips would spasm with the clenching of her pussy.
Preston was physically in pain watching her in the throes of passion. Each time she thrust forward her ass would push up behind her, the dimpling of her adorable bottom. No longer able to contain himself, he entered the playroom quietly, undetected. He reached into the umbrella holder and grabbed a nice leather crop, walking up to Avery who appeared completely lost in her upward climb to an earth-shattering orgasm. He paused a moment, noting the flush, across her neck and chest, and her rapid breathing. Timing it just right, he swung his arm out wide and brought the crop down on her bottom — hard. Her eyes flew open in shock, and then the realization of who had swatted her bottom registered. Preston was pretty sure she would’ve said something, but at that very moment, her orgasm exploded, and she threw her head back, screaming with its release.
My God, absolutely beautiful!
How was he supposed to hold it together when she came like that?  Preston continued to slap the crop on her bottom in rhythm with her thrusts against the saddle horn, while with his other hand he gripped her breasts, squeezing, milking them through her clothing. Her nipples stood up prominently beneath the thin fabric of her tank top, and he pinched the hard nubs in time with each stroke of the crop, making her scream again with her second orgasm. He abandoned her breasts to slide his finger between the saddle horn and her pussy, seeking her clit, squeezing and milking through every bit of her orgasm. He kept cropping her bottom, her flesh nicely pink, until she finally came down from her climax. She moaned, tears coursing down her face as the pain finally registered, her arousal abating.
I’ll continue with this scene on WIP It Up Wednesday!  WTRAFSOG BDSM & Beyond boxed set is on Pre-Order on Amazon and will be out on Tuesday.  As you can see there are some incredibly talented authors in this set at the remarkable price of 99 cents!!   Click HERE to Pre-Order

Click on the links below to visit some of the other spectacular authors today.  Happy Sunday!