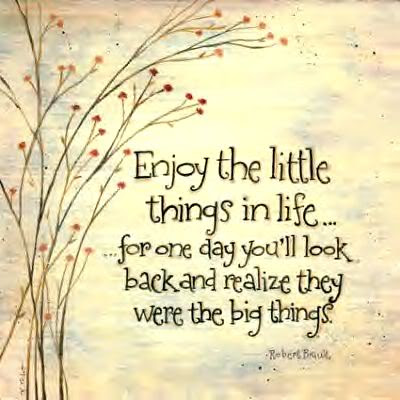 I read something today that made me cry.   It’s a story of a mother realizing that she couldn’t remember the last time she washed her daughter’s hair.  How “the little things” just fade away–they don’t go loudly.

I have an article from Parents Magazine from years ago–I keep it in the silverware drawer of my China cabinet.  That way every holiday that requires fancy dishes, I see it and pull it out.  It’s a story of a  mother who realizes that it has been months since she’s read Goodnight Moon to her children.  The article is titled, Goodnight, Childhood by Barbara Wylan Sefton. She points out that the little things, the milestones in our kids lives slip away quietly.  You don’t even notice, they just graduate into the next phase.

I wish there were alarms that went off when something was going to end. Like the microwave when your soup is done.

Beep! Beep!  This is the last time….Enjoy it! 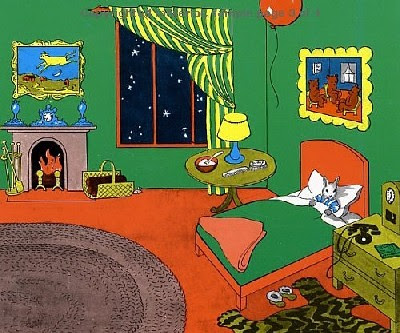 You get the idea.  We love them, we cherish them….but honestly, we want more time.   But when I read the article about Goodnight, Childhood, years and years ago, I sobbed. I hadn’t realized until then that I hadn’t read Goodnight Moon in months at our house.  It was a book that had to be read for nap time and bed time–religiously.  It was over. Gone. And I didn’t remember if I had enjoyed it or not. Probably not.  It was probably a half hour past bedtime, and I probably grumbled under my breath that I was reading this for the effing bazillionth time.  I probably skipped pages (we all do it and you know it!).  And as Barbara Wylan Sefton says, if I had known it was the last time, “I would have stretched out the reading a little longer, savored the illustrations of the ‘great green room’ just a little more, or maybe tempted fate by reading it again.  I would have captured in my mind’s eye the look of wonder on my son’s small face as he followed the words and pictures.”

During his younger years, my son was one of those cute little boys who did the odd things that older people laugh at.  He would ride his big wheel down the road with a sand pail on his head, a vacuum cleaner hose around his neck, and the long dusting attachment on his arm like a new appendage.   Yeah, it was a sight to behold. He always had some weird contraption on. He would routinely bathe with a face mask, snorkel, and flippers.  I don’t remember when that stopped.  But one Christmas when I read that article, I realized I had missed it.  It had ceased.  He was taking normal showers now. 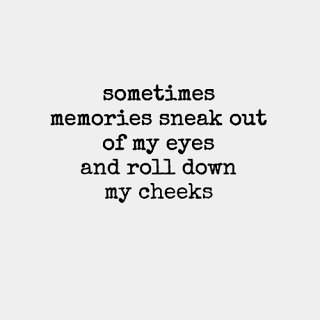 Twice in my life I had a premonition that it was the last time for an event.  A friend had come to visit us while we were renting a house in the Adirondacks, and we had a blast for 3 days together there. Our husbands took our pictures and  I remembered thinking this will be the last time I’m with her. I shook it off. What an awful thought. A few months later she moved, and we haven’t seen each other since. It’s one of my favorite pictures. We were happy, laughing….That day an alarm sounded.

My mother and I had a tumultuous relationship–in my 20s and part of my 30s we were inseparable, but when I hit my mid-30s to early 40s it was unbearable. We had a very difficult Christmas one year–that’ll be another post–maybe…someday.  I remembered thinking wouldn’t it be awful if that was my last Christmas with her.  It was. We took a break from each other for a bit . During that time her pulmonary fibrosis had progressed, and with the help of a cousin, we made up, apologized and everything was righted.  But, I never got to spend Christmas with her again. That year her illness took a dramatic turn for the worse.  She was hospitalized on Christmas and died that spring. 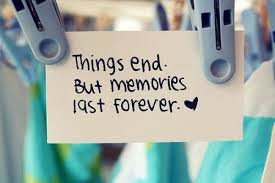 In Cinch Your Saddle, Angus’ wife died and was covered with the quilt that her mother had made them for their wedding.  I did that because it amazes me how often I hear things like that or have seen it in my own life. My best friend Rose was buried in a dress she had worn to her brother’s wedding.  My mother-in-law was buried in the dress she wore to our wedding.  Who knew when she picked it out for her son’s wedding that she’d be buried in it?  When my cousin died two years ago, we had a picture of her on all the pamphlets and near the casket of her holding her granddaughter laughing.  Who knew the day that picture was taken–one of her happiest days–that it would be displayed at her funeral?

We all have things we miss.  Holding a child at 3 am when the house is quiet and peaceful.  You didn’t have to worry about dinner, laundry or any siblings getting jealous–you held that baby, kissed it, marveling at your personal miracle and delighted in watching the infant being nourished by your body.