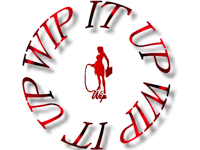 Hello WIP It Up Fans!  I’ve missed you all.  I’m buried under two feet of snow in Western NY, as many of you are too.

Today I’m bringing a snippet from my upcoming book about Sunni and Cade.  Sunni has known Cade for most of her life, and ends up seeing him again when she has to file a police report–he’s a State Trooper.   How their relationship progresses is very interesting.   No spoilers 🙂

As we read on Friday, Sunni has burned the clutch in Cade’s truck.  He has figured out that it was her, and now she’s in trouble for that deed and for lying to cover it up.

Sunni quickly answered. “I practiced here. I never went on the road, I promise. I just went up and down the driveway. Over and over and over.”

“And successfully destroyed the clutch in my truck.” He shook his head looking at the floor pushing off the couch, walking up to her. “So you remembered that you weren’t supposed to drive the truck, that’s going to cost you. Do you remember what I said would happen if you did drive the truck?”

Sunni shook her head. She’d rather hear him say it, in case she remembered wrong.

A sob escaped. She always knew underneath that this was a possibility. She took her jeans off and her sweater, standing in her bra and panties. She slipped her thumbs into the elastic pushing them off her hips, toeing them to the side, unhooking her bra to toss it with the rest of the strewn items. She crossed her arms in front of her, unsure what to do with them.

She walked over to them, scrunching her eyebrows in his direction.

Why in the name of hell do I need boots?

“Here put my coat on—it’ll be big, but will cover your backside. We’re going outside to cut some switches and go to the woodshed.”

Are you fucking serious?

“Y-you have a woodshed? I didn’t even know you had one of th-those.”

“Come along, Madison.”   He pulled a jackknife out of a kitchen drawer and walked her out the back door of the house to the snow filled back yard.

He brought her to a weeping willow tree, handing her the knife. “Cut three about the size of your pinky finger.” She had never had to do this before, and found the task a little overwhelming. First, she was upset that she was going to be switched and then the amount of branches seemed insurmountable, she kept looking and walking, trying to find the perfect one, holding her fingers up to them.

“Holy shit,” Cade ­said, “It’s cold out here, little girl, you have to be quicker than this.” He walked up to the willow, pointing at the ones Sunni should cut.   He then escorted her with a hand to the back of her neck to the woodshed.

The heat inside the little shed almost toppled them, hitting them like a wall. He smiled at her. “I wanted it to be warm for you since you’ll be naked.” He unzipped her jacket, pointing at her boots in silent command.

Once Sunni was as bare as the day she was born, Cade brought her over to the padded saw horse, picking her up to lie over it, ensuring she was centered and secured by restraints to her hands and feet.

She startled and shouted when he shoved a vibrator—which was on—into her pussy. “Oh, Jesus!”

“Yep. You’ll be lying over this horse for an hour, with no orgasms allowed. I’ll be watching you closely and will shut this off if you even think of getting close to one.   Then when that’s over, we’ll start your switching.”

Cade had been sitting with a raging hard on an hour now, and although he thought he’d spit nails for the first half hour, fuming about the damage done to his First Wife, after watching his girl drip her arousal like a leaky roof down the side of the pommel horse, he forgot all about his clutch.   All he wanted to do was jam his engorged cock into her, pounding her senseless until they both screamed with their release.

“Aaaand?” He ran his hand down her back, cupping and squeezing her still cold ass.   Damn shed was easily eighty five degrees, he had taken most of his layers off, and her backside needed a heating pad. Or in her case today, a good switching would warm it up.

“And I’m sorry I ruined your clutch. I’m sorry it’s going to cost seven hundred dollars.” Her voice cracked on the amount. He knew she worried about money, pinching and saving ­­her pennies.

“Are you sorry that you drove my truck?”   He’d be interested in this answer.

“N-not really.” She peeked over her shoulder at him, biting her lip in worry. “I mean…I’m sorry that when I drove it, I wrecked it. But I meant well. Really. I wanted to surprise you, that’s all.” Her lip quivered, her beautiful blue eyes welled up with tears.

Cade hadn’t anticipated the tables being turned and him wanting to pull her into his arms, comforting her for burning up his clutch for almost a thousand dollars.

“Baby, what a sweet thing to say. You made my day with that.” He came around the horse, squatting in front of her to kiss her lightly on the nose and mouth. [pullquote align=”full” cite=”” link=”” color=”” class=”” size=””]“But you’ll learn in time, little girl, that you’re not to surprise me with something that is against the rules. [/pullquote]

That’s all for now.  I’ll share more with you this weekend 🙂  Now click on the links below to visit the other authors who have some hot snippets for you all.