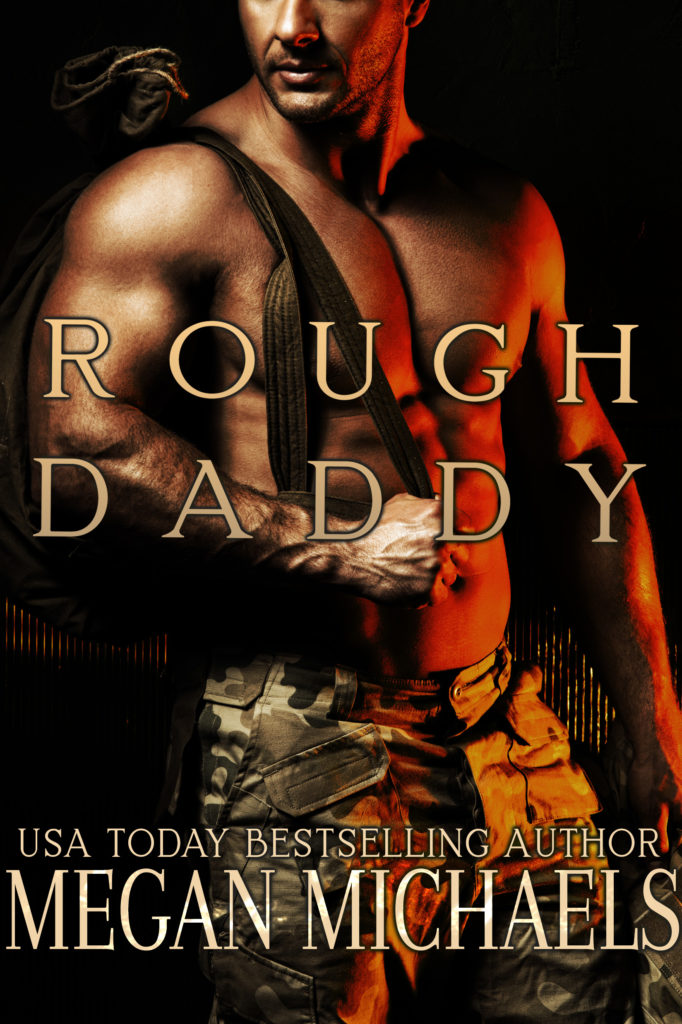 Knox and Marli are LIVE on Amazon and KINDLE UNLIMITED as well.  This is a contemporary, military Daddy Dom novel….and I keep saying it, but it’s the hottest book I’ve written — possibly hotter than Her Priest.

I promised everyone a snippet after the previous one–if you missed that one, you can read it here:

Now, when we left Knox and Marli she had just thrown a beer bottle at him, and he was snatching her for a spanking.  Let’s see what happens:)

She threw a fucking beer at me! She wouldn’t do it again, that’s for sure.

“Oh, no.  I don’t want a spanking.”  Her voice shook and an edge of fear laced her words, bordering on panic.

“I didn’t ask you what you wanted. You chose this. I warned you and you called me names and threw a beer at me. You’ve earned a good, hard paddling and I’m gonna dole it out too.”

He’d kept his voice hard and stern, but underneath he felt bad for her and didn’t like the tremble in her voice and slender body.  But dammit, the little brat earned this, and he was just the man to teach her a lesson.

If it had been someone else she could have been hurt, badly. This wasn’t a good neighborhood and there were derelicts that would see her as nothing but expendable.

Someone needed to teach her how to behave with discretion.

He tugged at her pants, which were about two sizes too big, dragging them with little effort down to her knees.  He whisked her pale blue panties down to meet them. As the cotton material was shoved down, he noticed that she’d leaked her juices onto them, the dark wet spot the obvious evidence of her arousal, and her spicy scent filling his nostrils.

Could she be aroused by the conflict and prospect of a spanking?

The light from the window glinted off the slick lips of her pussy. Her sex was shiny and drenched, there was no mistaking it.

Knox’s cock twitched within his pants, hardening uncomfortably with the close proximity of her pretty kitty.  She needed a little more meat on her bones as far as he was concerned. He liked his women curvier than this. He didn’t like the idea of crushing a beauty under his muscled frame.

Shaking his head, Knox cleared his head, getting his perspective back in correct order.  Spanking the vinegar out of this brat was his top priority.

“I’m going to fucking deball you when I get up and force you to eat them.  Let. Me. Up.” Marli kicked and punched, doing her best to rock herself off his lap.

Knox knew how to fix this situation, this wasn’t his first rodeo. “Marlow Ann, you need to settle down.”

“Or not.”  He shook his head. “It doesn’t matter to me.”  He wrapped his arm around her waist, tucking her close to his body, and then flopped his right leg over both of her legs, keeping her as immobile as he could.  He raised his hand, and smacked his open palm on her pristine white cheeks, the loud pop gratifying on so many levels, but nothing was more pleasurable than seeing the bright red handprint immediately bloom.

He started harder than he would continue but believed the harsh, fast tone, brought the naughty girl through the different phases of discipline, quickly. The accelerated spanking brought her through the emotions of anger and fighting straight toward the sobbing phase as an act of kindness.

But until she hit that phase, the clawing, swearing kitten could have made a sailor blush…or a Green Beret.  He hadn’t heard the combinations of name calling and cursing this girl had in her repertoire.

I’ll need to take care of this character flaw…fast.

Once she relented, quietly sobbing, limp over his thigh, he eased up on the strength of his swats, but continued in a rhythmic pattern, pausing after a dozen spanks which left her bottom a deep pink. He wouldn’t be stopping until it was red–very red.  She’d learn to not cross this soldier again.

He squeezed her ass, massaging her inflamed skin, waiting for her sobs to slow so he could begin lecturing the naughty brat.  “I’m going to talk, and you’re going to listen.” He brushed his hand along her scorched flesh, watching her juices seep from her sheath.

She’s drenched from her spanking.

Her cries quieted, sniffling and she wriggled over his knees, acknowledging her uncomfortableness with her position, no doubt.  Knox would keep her jackknifed, her bottom poised perfectly for the rest of her paddling.

“You will not throw things at me. Understand?”

“Yes!”  She spat out the sarcasm-laced answer.

“Oh, no, you didn’t. Yes, Sir is the proper response.” He placed a hard swat to her thigh, stressing his point.   “I’m not Southern, we don’t say Sir.”

He tugged on her left thigh, spreading her legs apart and slapping furiously on the tender inside tissue.  “You do now.”

She screeched and howled like he was setting her on fire, and from what he remembered of thigh spankings, that was a pretty apt description.  Once the inside of her legs were a bright pink, he rested his hand on her buttock holding the heat in.

“Now…let’s try again. How do you answer?”

She hiccupped loudly, her hand coming up to swipe at tears on her face.  “It h-hurts s-so bad.”

“Was meant to.  How do you answer me when I ask a question?”

“Good girl.  We’ll get along just fine, you’ll see. I’m not a bad guy, I just demand respect.”  He patted her ass lightly, inhaling loudly. “It appears your body likes spankings, girlie.  You’re dripping and smell as sweet as honeysuckle.”

Knox chuckled.  “No worries, I won’t tell your secret to anyone. Besides, we have more talking to do.”

Her pleas for mercy tugged on his heart, and relenting was tapping at his conscience, but Knox knew any inconsistency at this point wouldn’t help her, and although she hadn’t agreed yet, he knew they’d be friends and it was better to establish boundaries early on.

“Sorry Marli, I made a promise. Now, we’ll deal with your language.”  He’d keep this part of her punishment hard and quick. No need to drag it out longer than necessary, although a part of him wanted to stare…and play with her pussy for quite a bit longer.  He was heady with her scent.

He raised his hand and steeled himself for the task ahead.  His hand smacked her still pink ass, her cheeks wobbling pleasantly, and her attempts to evade his smacks had her ass swaying and yawning open even more leaving none of her treasures hidden from his view.

His cock throbbed, and he had no doubt his balls were completely blue by now,  He was glad he had dark pants on, because his cock was weeping with the evidence of his own need for release, at least it would be hidden from her view.

Her bottom was very red, and his sympathy had him sympathizing at the pain she had endured. Not giving her any time for self-pity, he pulled her off his lap to stand between his legs.

Marli did the age-old spanking dance, reaching around to cup her buttocks, only to find her hands restrained at her sides.

“Nuh-uh, little girl.  You’re going to feel the pain until I give you permission, then we’ll calmly discuss your situation and how I may help.”  Dropping his gaze to her sweet, shaved pussy, the labia pink with all the rubbing and movement over his lap, he smiled at her, dipping his finger between the tightly sealed lips, tapping her clit.

“And we’ll discuss how you seem to have a submissive side which enjoys spankings as well.” 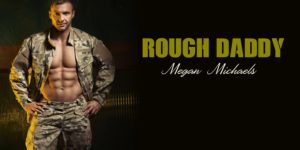 If you want to read more, click here to purchase your own copy!!  And, don’t forget, it’s on Kindle Unlimited as well.