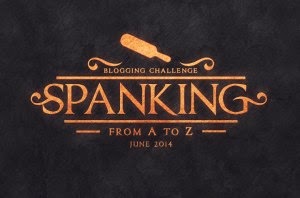 I pondered on Q for a while and decided I would find some of my old archives from Bethany’s Woodshed that had the word “Quim” in it.  Well, it took me a while and I just could not find one.  But the fun I had.  I saw books I hadn’t read in ages.  Books by Sharon Green, Alexis Masters, Amity Maree, Denise Hall (which we know is Maren Smith), Monica Vale, Melinda Barron, and many other authors that are still around and others that I never see anymore.  I even have my ebooks rated in the saved title. 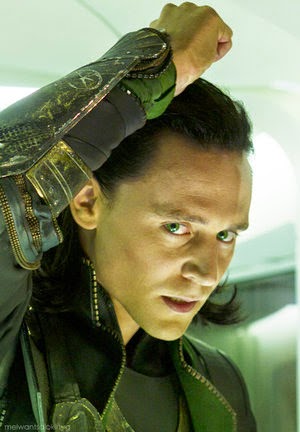 Google has Loki showing up under a search in images for Quim–I kid you not.  Yeah….no words are needed.

I thought for SURE that the word Quim would be in the Victorian Brats by Melinda Barron, one of my favorite series.  It is set in Victorian times and it is a male spanking club that spanks women.  The first book is Virgin Widow and it was amazing–but no mention of Quim–could have sworn it was in there somewhere!!!  Here’s a little snippet:

He wiggled the leather in his lap and smiled.

“Oh no!” My voice was quivering. I tried to put conviction
in my words. “I will not allow you to do THAT…”
I stopped and pointed to the table, “to ME. And I did not
pry. It was an honest mistake.”

And he laughed. He actually laughed at me. He stood and walked
toward me, the leather strap hanging from his hand.

“Oh my dear Mrs. Hudson, you will allow it, and much more
before we are finished. And, if it was an honest mistake you should
have made your presence known.” He crossed behind me and
gathered me into his arms, using the strap to pull me back against
him. The leather was resting against my stomach and I shuddered.

Yeah, I am finishing that this week for sure!!

Mail Order Mama by Courage Knight was an exciting find–I had forgotten how much I loved that story.   Hard to believe it is almost ten years old now. Here’s a little snippet:

The door to the woodshed opened with a bang. Morgan startled from her
thoughts, gasping at the angry mountain now blocking the fading light
of the autumn afternoon. She should say something quick, anything, to
try to defuse the situation, but the truth was, she wanted this. She’d
been wanting a spanking for a long time. She wanted a man who would
take charge, to cherish her and protect her, to be the head of the household,
yet allow her to be the heart of the home. She didn’t want a bully,
but one who would rule with love and consistency. She’d seen the beginnings
of such a man in Jack O’Shea.

“Ye’ve earned a spanking, Miss Shaunacy,” he growled, his
anger only slightly relieved after his long walk. “More ‘n one,
to be sure.”

His eyebrows lifted momentarily, perhaps in surprise. Then he nodded
gruffly. “Very well. Best we be getting it over with.”

But the gem I found last night was, A Brief Education by Denise Hall (Maren Smith).  Again, was hoping to find Quim.  Nope.  But wow, was I glad I ran across it again.  And I found myself thinking, that is why I have it saved in my file as Wow #1 *****  A Brief Education.

“Up,” Harker commanded when a fresh storm of weeping overtook me.

In the end, we helped each other to rise.

“Now, now.  Stop wasting these prescious things,” he said as he casually brushed the tears from my face.  “You have a month with us, Toby.  Your naughty bottom has only just begun to take its comeuppance.”

It was several moments before I could bring myself sufficiently under control.  Harker nodded his approval, then took the cane back to the cupboard and returned with two metal clips.

My eyes were saucers of confused apprehension.  I had, however, learned my lesson when it came to disobedience and, cupping my sore bottom with both hands, I turned my back to him.

I had learned that lesson too.  I quickly moved them.  He folded up my skirt and clipped the rolled hem to the back of my blouse.  “You may not rub.  Your skirt will stay up and your bottom bared for the rest of the day.  In your first twenty-four hours with us, you’ve already earned two punishments.  I want everyone to see what a naughty little thing you are.”

I wish I could say that the idea of being kept half nude for the entertainment of a houseful of strange men repulsed me.  I would be a liar if I did.  What a wanton I was becoming.

Yep, that is another one I am finishing this week.

I didn’t find a snippet for Quim, but I was left Quiet and Quivering when I finished reading these!  Hope you are too!!