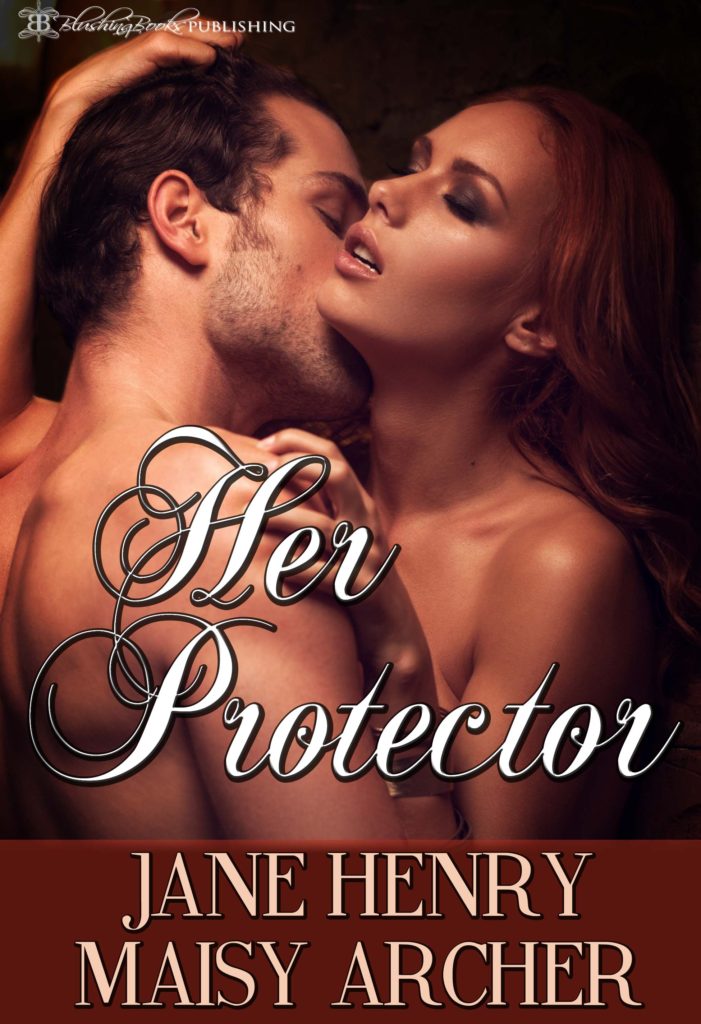 Today I have the talented authors, Jane Henry and Maisy Archer with their new book HER PROTECTOR (BOOK 3 IN BOSTON DOMS).  If you haven’t read this yet, click on the book cover above or the links below to add it to your library.

Tony Angelico thinks he knows all about Dominants and submissives. After all, his two brothers are unapologetic Dominants with long-term submissive partners. Tony also knows that Tessa, the woman who works for him… the one girl he can’t get out of his mind… is interested in the lifestyle. But he wants no part of bossing women around, let alone dominating them.

Tessa Damon craves the attention and discipline of a strong, dominant alpha male, but she’s not been able to find what she’s looking for. She’s attracted to Tony, and can’t help fantasizing about being taken over his knee for a sound spanking. She longs for the release and comfort of submitting to a man she can trust.

The night Tony decides to give it a shot, everything changes. But can Tessa be healed from her abusive past, and find that she’s worthy of love? Can they find a path that works for both of them? Will Tony finally understand that there is no one definition to cover every nuance of what being a Dominant means – not when his heart and soul know that he wants nothing more than to assume the role of Tessa’s protector?

His eyes met hers and his voice was as serious as she’d ever heard when he spoke.
“You will never do that again.”
She couldn’t trust herself to speak, merely nodded. He released her and stood.
“Stand, please,” he said. She obeyed.
“Place your hands behind your head.” She obeyed. He sat on the bed, his hands on her hips as he spun her around to face him. Swiftly, he pulled down her shorts, leaving her bare, shaking, standing before him.
“Step out of them.” She did what he asked. His hands grasped her waist and he tugged her over his lap. Her belly hit his hard thighs so that she was angled, her face on the bed and her bottom perched precariously over his knee. He reached for her hand and pinned it to her lower back, as his fingers entwined with hers. The gesture was soothing, though the loss of control made her heart stutter. 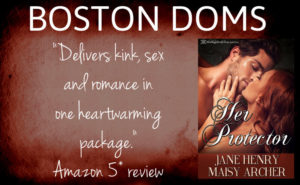