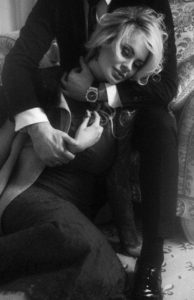 I have an excerpt from my next book for you all to read.  I’m hoping it will be up on Amazon within a week until then I’ll be sharing some snippets and doing a cover reveal this week too!!

Professor Maddox Parks is Libby’s Daddy, but he’s also fifteen years her junior.  The age difference is a turn on for Daddy Maddox, he’s always liked older women, but Libby struggles with the dynamic and because of that it adds to the confusion of getting married to the gorgeous younger professor!

Maddox addressed his girl from across the room. “Elizabeth, Brandon has left the house. It’s time, girl.

Put your garters and stockings on with your sheer, short black top. Get ready for bed. You won’t be leaving the bedroom after we’re done. Wait for me in the corner.”

She rose from her chair, not saying a word as she silently trekked up the stairs. He watched her ass in the yoga pants shimmy with each step. He loved her ass. Some men might swear that there was no way that a woman fifteen years his senior —she was in her mid-forties — could be attractive to someone his age, but nothing could be further from the truth. Dr. Maddox Parks had been attracted to older women for most of his life.

The wisdom, elegance, and mystique that surrounded an older woman were hard to match, in his opinion. He’d dated younger women for years. At thirty years old, and a professor at UCLA, he had no shortage of cute, svelte, young girls throwing themselves at him. Many were looking for an easy A for the class, but just as many had Daddy issues or wanted to fulfill a life-long fantasy of being spanked by a professor. Little did they know that this had been a fantasy of his most of his life, something that had driven his career aspirations. But in reality, by the time he’d obtained his degree, the thrill of taking a perky, bubble butt girl over his desk had worn thin. Instead, he hoped for an older woman, and more often than not he found himself attracted to a student’s mother, rather than the young female seeking his attention. At twenty-six, he had met Libby — and fallen completely head over heels in love.

An older woman wanted sex, and she wanted it hard—pounding, grunting, sweaty sex.

She didn’t look for the things younger girls did. An older woman still liked looking at an attractive man but knew that the mark of a man was more than the size of his cock, or a defined six pack. A real man cared about his woman, watching her, making her happy before his needs. He knew that money wasn’t everything, but it sure as hell made life easier. He was aware that life was confusing and got in the way of pleasures some days. But when given a chance, a real man had a zest for life — whether it was rough sex, a walk in the park, or a candle-lit dinner at home with the woman he loved. A real man was what she craved.

An older woman understood the nuances between a young man and real man — and it didn’t have anything to do with age or good looks. An older woman tended to be more patient, more tolerant. She loved intensely and had a determination that younger women hadn’t learned yet.

Yep, when given a choice, Maddox had usually chosen an older woman. Sex with an older woman was beyond compare. Their sex drive was higher; they were willing to experiment and try new things. And, again, they were more tolerant of mistakes or blunders in the bedroom, quick to see the humor when things didn’t go as planned — and yet always staying open to trying again.

He and Libby had been together for four years and had become engaged recently, hoping for a fall wedding. That day was only two months away now. The stress of the wedding planning — even though he’d told her that a simple barn wedding was fine by him — had thrown her over the edge, and it appeared that it was time to roast his future wife’s bottom to bring her back down to earth. 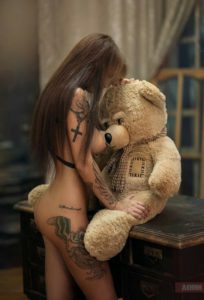 He locked the doors downstairs before climbing the stairs to his naughty girl. There was a thrill of being Libby’s Daddy. Having her answer to him, hearing her crying out “Daddy” during a spanking, and then holding the mature woman in his arms afterward, he reveled in the sweet, adorable girl she became with the right nurturing. She submitted beautifully and took to their dynamic readily from the first day it was presented to her.

She stood in the corner, her black garters and stockings framing her white globes.

Her back stiffened when he closed the door behind him. He loved the sheer top, which ended just at the dimples above her buttocks.

“You’ve been a little snippy, and sarcastic haven’t you, Elizabeth?”

“Are you ever allowed to be disrespectful to me? And do I tolerate your sarcasm?” He quietly walked up to her, running his forefinger down her spinal column, watching the goose flesh rise under the almost nonexistent material of her top.

She shivered before answering. “No, I’m never allowed to act like that. I’m sorry.”

Maddox opened their armoire which housed their implements, pulling out a cane.

Libby groaned her hatred of the cane well known. He wasn’t sure if it was because he wielded it so expertly — he could line up the tracks like lines on a piece of college-bound paper — or if it was because he used it so often. It was, after all, the favorite weapon of choice for a professor, wasn’t it?

Bend slightly forward, bad girl.” He positioned the cane vertically and slipped it between her plump cheeks. “Adjust your height so you may clench the rod, keeping it stationary.”

Her breasts swayed within the loose fabric of her blouse; her nipples already erect with her arousal. He pinched one of the hard-as-steel tips between his thumb and forefinger.

She moaned, but found the position she needed to stay in, the cane standing straight up, her flesh squeezed around it, and he loved every bit of it. He ran his finger lightly over the flesh, marveling at the dips and craters that he knew she hated. He loved all of it though. If she hadn’t been mortified, he would love nothing more than kneeling behind her, letting his tongue glide over every bump. But he knew she would probably end up in tears, not eating for a week. That wasn’t his goal.

As her Daddy and Dom, he wanted her to feel uplifted and encouraged. So instead he’d just trace his finger over her ass. “Baby, I swear this has to be the best ass ever. Don’t you dare let that cane fall. Do I need to remind you of the penalty if it should fall?”

“Good. I’ll be sitting over here worshipping your buttocks. You think about how you’re going to avoid being Bridezilla.”

He sat in the chair they had set up next to the fireplace in the master suite. He opened the mini fridge, pulling out a water, sitting with his e-book reader, pretending to read. The way his chair was angled, he could see her breasts dangling in her position. He loved requiring her to wear the sheer black top, her ripe breasts easily seen through it, the nipples begging to be squeezed and pinched. 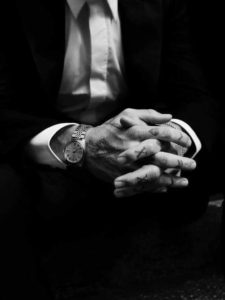 I’ll have another large excerpt in a couple days!!  Hope you all enjoyed it!