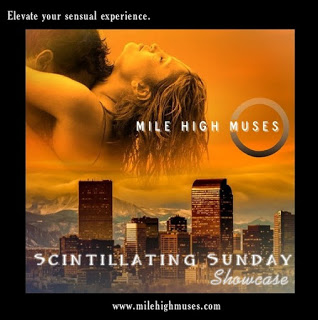 My Russian Master is live on most platforms (we’re still waiting for Apple).  And it’s doing very well, thank you!

This week I’m sharing an excerpt of Maxim and Caroline meeting for the first time.   As a fitness chef he decides he needs to see the “task” set before him with Ms. Caroline Turner.

“Well, I need to lose twenty to thirty pounds. I want to eat healthier, and I need help with an exercise regimen.”
He nodded. “Stand, please.”
“Why?” Her heart began to race.
He sat passively, watching. “Because I asked you to. Stand.”
Caroline stood up, feeling very self-conscious, running her hands over her dress, pulling and tugging nervously. Unsure of what to do with her arms, she crossed them over her chest, trying to hide her large breasts.
She’d always felt sheepish about her breasts. It didn’t help that men often addressed her chest before even making eye contact.
“Hands down at your sides.” He waited for her to obey. “Turn please, so I may see the back of you. Stand still with your ass facing me.”
Her cheeks flushed and she contemplated refusing, but he interjected before she could voice an objection. “No, Caroleena, I need to see for myself the job ahead of me.”
“Caroline. It’s pronounced Caro-line.” She crossed her arms again, self-conscious in front of this obviously dictatorial man.
“Sorry. You’ll have to excuse my accent some days. It’s a beautiful name. In Russia, we pronounce this name as Caroleena — and Lena is a very popular woman’s name. I’ll get confused some days. It is not personal. Hands down.” He twirled his forefinger in a circle. “Turn, please.”
Clearing her throat, she slowly pivoted, focusing on the little throw pillow in front of her on the couch.
Oh, God! He’ll probably quit just looking at my huge ass. ‘Sorry ma’am — too much, too big.’
“Okay, you may sit, Caroline.”
She sat down, unable to even make eye contact with him. She just knew he was aghast at the task set before him.
“Why do you think you need to lose twenty to thirty pounds?” She lifted her gaze to see his eyebrows furrowed. Was this a joke? He’d just completed a full body scan with his eyes.
“Maxim, do you need me to get you glasses, you know, reading spectacles?”
His eyebrows shot up. “Is that sarcasm, Caroline?”
God, his voice could be so firm.
What have you gotten yourself into?

AND IT’S IN PAPERBACK TOO!!
http://www.amazon.com/My-Russian-Master-Service-Submission/dp/151870638X/ref=tmm_pap_swatch_0?_encoding=UTF8&qid=&sr=

Taking the job offered by the spoiled, if intriguing American CEO was something Maxim wouldn’t normally do. He didn’t need the money, and he usually found Western women trying at best, maddening at worst. But something about the pretty Caroline spoke to him, her defiance, and acid-tongued ways hiding an appealing vulnerability he longed to bring to the fore. Despite her self-image, he saw little wrong with the curvy, brunette blonde beauty. Nothing wrong that is that couldn’t be cured with a little strict, bare bottom discipline, and some loving, sensual aftercare. That the appealingly disobedient, mouthy American woman would surrender to him was never in doubt.

Struggling with demons both internal and external, her last, best hope might just be a man as hard and implacable as a Siberian winter…