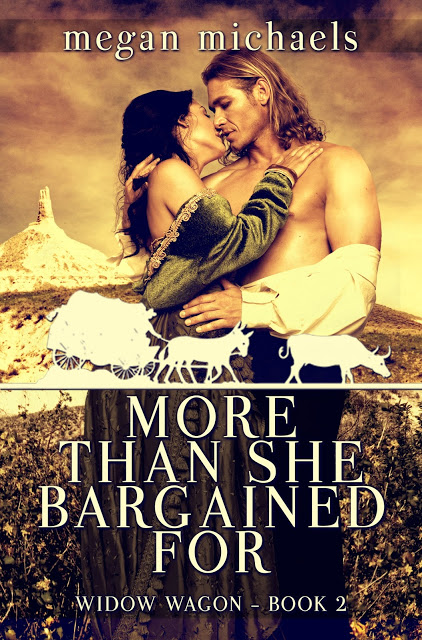 MORE THAN SHE BARGAINED FOR is up on Amazon, Barnes & Noble, ARe, Kobo, and Oyster. We’re only waiting for iTunes and Scribd!

In celebration of More Than She Bargained For being released, Book 1 of the Widow Wagon Series, Second Chances is on sale for $0.99.   But only for the next four days!!!

Each of these books can be read separately!

I have another excerpt for you today.  It’s a little sneak peek into Noah Jensen, Daisy’s new husband.  I fell in love with him, I believe you all will too!!

Here are the buy links for More Than She Bargained For (and don’t forget that Second Chances, Book 1 of Widow Wagon is on sale!)