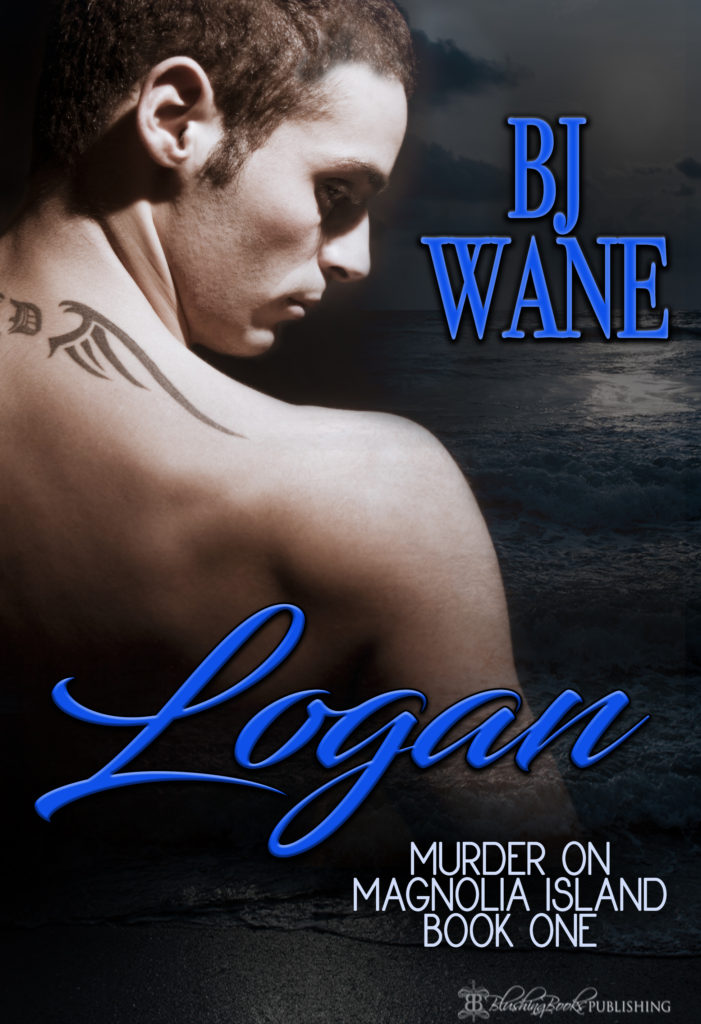 She’s the girl next door he’s always protected.  He’s the man she’s always wanted.  Will the threat of a killer finally get them on the same page?

I have the talented BJ Wane on our blog today with the first book of her new suspense series.  I had the awesome privilege of beta reading Logan (Murder on Magnolia, Book 1)  Trust me when I say that it is so HOT and the mystery surrounding the murder intrigues.

Logan Lemaster drew Melanie Barnes under his protective wing the moment he rescued her from a fall off her bike. She had been six and he thirteen and his over protectiveness didn’t abate over the next twenty years. When a good friend ends up murdered on the family’s private island following one of his and his cousins BDSM weekend parties, Melanie insists on being there to comfort Logan. Only, he hadn’t counted on the grown woman’s tenacious determination to worm her way past his defenses and into his bed. Having spent the past eight years, since Melanie reached adulthood and made her interest in expanding on their friendship known, he’d refused to jeopardize their special bond by introducing her to his kinky preferences. But he was only human, and when her grief over an assault on a co-worker sends him to comfort her, his good intentions fall to the wayside under her responsive body. As he and his cousins plan to hold another BDSM party to feel out their friends for hints about which one had betrayed them in the worst way, he tutors Melanie in his sexual preferences so she can join him. But as they grow closer, so does the killer, and when her life is threatened, Logan knew he would stop at nothing to protect her and make her his in every way.

Just as Melanie had thought, Logan’s close presence and deep voice were enough to calm her fears, but wariness returned a minute later when he bent and picked up a narrow, feathery tree branch.

“Uh, Logan, what’re you going to do with that?”

Sliding his hand under her hair, he palmed her nape and held her still for a deep, tongue probing kiss.  Unable to help herself, Melanie leaned into Logan’s muscled strength, subconsciously giving him her trust despite her unease.  The press of his shorts against her bare stomach emphasized her nudity even more and when a soft stroke of the leafy willow limb caressed the back of her thighs, a small shiver curled her toes.  The green shoots were both soft and prickly and tickled Melanie’s sensitive skin, diverting her attention from her bonds.

Releasing her mouth and his hold on her nape, Logan placed a finger across Melanie’s lips before she could protest him backing away.  “Close your eyes and feel, kitten.  That’s all you have to do.”

Slamming her eyes shut, she braced for the unknown, prepared to tell him to stop the minute he touched her with that switch.  But all preconceived thoughts flew out of her head when the first stroke brushed instead of struck, the light graze over her buttocks soft and arousing. He tickled a trail around her waist then up to her breasts, teasing her nipples with the rasp of prickly leaves.  She jerked from the sensitive, pleasurable contact, the immediate resistance of her bound limbs sending a surprising, quick rush of adrenaline through her quivering body.

Melanie opened her eyes to see him eyeing her breasts as he continued to glide the flexible branch back and forth over them, her mind awash with the strange, overwhelming sensations.  “No, not yet.”

Raising his eyes to meet hers, Logan lowered the limb down her trembling stomach to run it up her inner thigh.  “Don’t trust me?”

“Yes, and no.”  Her heightened senses made it difficult to concentrate, and the closer he drew the branch upward toward her pussy, the more nervous Melanie became.

His low laugh raised goosebumps along her arms before he stepped behind her again.  Then he struck.

The leaves did little to cushion the sting of the thin wood, but the combination between the two stimulated Melanie in a way she’d never felt before, a way that defied imagination, at least her imagination.  Logan didn’t give her time to adjust to or assimilate the different sensations as he landed another strike over her buttocks.  Heat spread across her butt as he kept up a slow, steady pace, alternating between light and hard strokes, concentrating on her fleshy globes before moving down to her thighs.  There, her skin seemed to be more tender as the pain became sharper, the burn hotter.  Her head swam with the myriad of sensations rioting through her, all of them abetted by her inability to move.

Logan’s warm breath fanned Melanie’s neck as he shifted back around in front of her, her automatic, ineffective tug on her arms when he lightly struck her abdomen leaving her no choice but to endure or stop him.  And she didn’t like either one.  Squeezing her eyes shut to keep from facing both what he was doing and her unguarded response, she sucked in a deep breath upon hearing the telltale swoosh heralding the next lash.

When it seared the fleshy underside of her right breast, a soft cry slid past her compressed lips, the light brush over her nipple that quickly followed responsible for an embarrassing gush of moisture dripping from between her spread legs.

In all of Melanie’s fantasies involving her and Logan, she’d never imagined anything like this or that a flash of pain accompanied by her inability to move would arouse her to a feverish pitch.  “Logan,” she whimpered when he switched to her left breast and snapped the limb in the same manner, leaving both globes throbbing from a single swipe, both nipples pulsing from the lingering sting.  Her sheath throbbed with puffiness and wet need, the amazing pinnacle of arousal he’d kept her teetering on robbing her of all coherent thought so that all she could do was moan his name again.  “Logan.”