It seems that every group, sect, faction or camp has a lingo.  I was thinking on this in the middle of the night.

No matter where you go or what you do, there is a vernacular that must be learned.  You have to learn the “language of the land.”  Some people are very kind and will help you along with the semantics and others tend to hold their lingo like a club and hit you with your stupidity in using the wrong term or acronym.  You learn a lot about people by how they treat newbies and cleaning staff.  I have watched many a boss belittle or demean both.  However, if you watch people closely, the bosses and staff that are kind to cleaning staff and new employees–know their names, the names of their family members, are accepting of their mistakes and encourage them to learn–typically are great bosses, wonderful employees, and make great friends.

It is difficult starting in a “new land” and learning the lingo.  The first
eleven years of my career were in the psychiatric field and they
definitely have their own vernacular.  You have to learn acronyms such
as:  DSM, BTU, SCU, ADL, DTF (and it is not what you are thinking at
all),  2PC, PRC, IR, OMH, OMRDD,  JCAHO, HCFA, to name a few.  Some of those acronyms will bring fear and panic to administrators, but to many of you it is just vegetable soup.

As a parent and staff member in the special education department of the local school there were more:  IEP, 504, PINS, TDS, SH, BOE, OT, PT, SLP, PI/PO, ED, PD, etc.  Again, you HAD to know these to survive in the dry, parched land of the local school district.  Many were kind, many were not.

The next area that HAS to be addressed is church.  No one does semantics better than church people. Church people are supposed to be kind and loving, but tend to judge more than anyone. Not knowing the vernacular means you are new and not knowledgeable and, thus, you are quickly dismissed.  To acclimate to the climate at church, you have to assimilate quickly. KJV, NLV, JER, NT, OT, HEZ, EZ, PS, ECC, etc.  But the church has the added language of having to know chapter and verse of scripture.  They
love saying, “Well, in Hezekiah, 2:15 it says…”  I would just blink
several times and say, “Oh, thank you I will look it up later.”  Where
the heck is Hezekiah?  Who is Hezekiah?  Have I ever read Hezekiah?  And if I decided to quote something, I better know chapter and verse.  I was never good at that.  I usually knew the chapter–sometimes, on a good day.

So to fix that problem, I started saying, “Well, it worked for Jesus.  I am going to say it like Jesus did,  ‘It is written…’ or ‘In the Book of Joel….'”  People would react one of two ways:  1) they were mortified and would literally scowl my way or 2) they would light up like a Christmas tree on Christmas eve and say, “Oh, I like that!  I am saying that from now on. Thank you.” 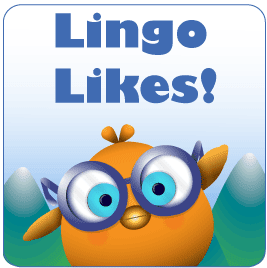 However, as with all groups, there are some that love to impress and beat upon you with their knowledge of things never heard.  I have heard sexual terms that I don’t even know how to spell, let alone know what they are, who they involve, or how many participants are involved. I am by no means a wall flower, I thought I knew quite a few things.  I have learned quickly that I am a newbie.  I am adding to my vernacular daily.

In addition, I am trying to learn more about the writing process.  As an
avid reader and someone who had taken writing in college, but only the basics, I have been overwhelmed with the terminology.  I know there are main characters–a hero, heroine and a villain–a conflict, sex scenes, spanking scenes, conflict resolution, and HEA.  Silly me!  I guess I should point out that I had to look up HEA (Happily Ever After) on Google to find out what it even meant.  Then I was shocked to find out that it is unacceptable to have an Un-HEA.  Who knew?   I mean some of my favorite books have an un-HEA.

The adjustment has been quick in some areas, slow in others, and sometimes it has been very painful.  Learning all the different POVs was just–well let me be honest–overwhelming.  I have had many days that I feel like a foreigner and am not sure I have enough fluid or food to get me through the journey.  But then I get a sweet note from an author and it perks me up.  They care!  They are cheering me on!  It has been quite a roller coaster ride, but I am stubborn and tenacious.  I think I will learn this language, just as I learned the other languages; and I think I will stick with this camp of mostly kind and arcompassionate authors! 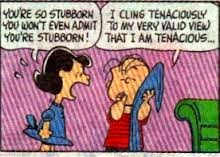 6 thoughts on “Learning the Lingo”