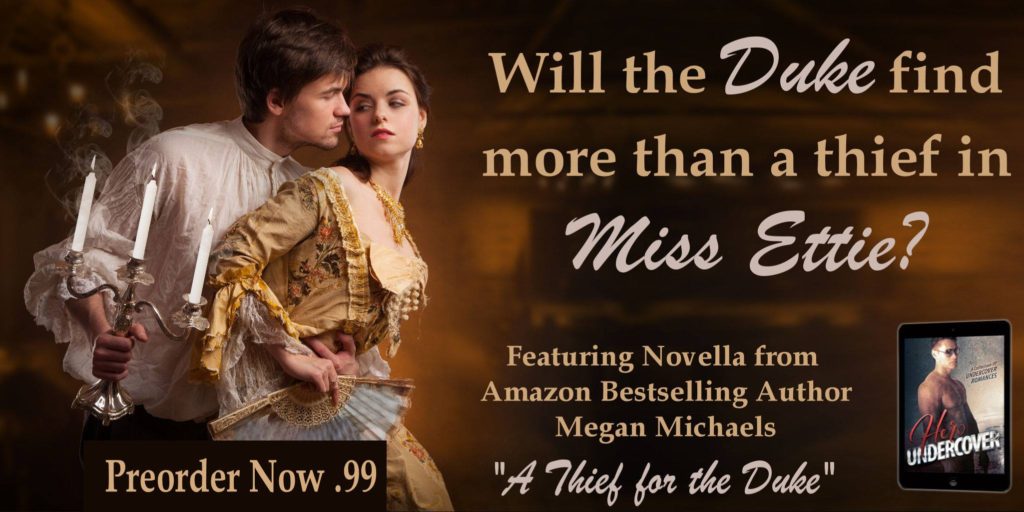 As many of you already know, HERO UNDERCOVER has been released and we’re hoping to make the USA Today list and with the faithfulness of our readers, we’re almost there.  Thank you so much <3  If you haven’t bought it yet here are the links:)

If you have a Barnes & Noble account and have downloaded the Nook Application to your phone or computer, I will gift you a copy of the book FOR FREE!!  But, the key is— you have to download it for it to count toward our sales. If you’d like to take advantage of this opportunity email me at MeganMichaels021@gmail.com or comment below with the email address you use on Barnes & Noble and I’ll send you Hero Undercover.  It’s that easy!

And now for the good stuff!  Here’s an excerpt that you haven’t read anywhere and it’s definitely not safe for work (NSFW) hehe

Charles swung the screen door open, stopping dead in his tracks at the sight before him.  He blinked several times, making eye contact with his cook and nanny, he had no doubt they saw the question on his face negating the need for him to voice it out loud.

The cook, Agnes, glared at the girl, returning her gaze to Charles.  “She decided to throw her oatmeal across the room—bowl and all.  This is her punishment, Master William.”  Pulling a large wooden spoon out of a large pot on the stove, she waved it in the direction of his girl’s bare, freshly spanked ass.

“This position is…ingenious.  I admire your handiwork, Agnes. It’ll be a position I may replicate in my classroom.  It is quite diabolical.” With his arms crossed on his chest, he braced his face with his hand, studying every aspect.  Every sadistic detail.

Ettie was jackknifed, folded in half with her ass spread taut, yawning wide open and her anus peeping from between her cheeks.  She braced herself with her hands on the floor, but what made this particular position fiendish was that she’d been forced to spread her legs wide, with a switch placed between her feet.  And by the looks of her backside, she’d been switched several times by the branch before Agnes placed it with the ends poking into each arch of her foot.

Ettie’s lush breasts dangled pleasingly in front of her the pebbled areola and steel tipped nipples begging to be cupped and plucked. Her broad hips, definitely needing more weight to bring them to the plump state he’d enjoy best but still the view enticing enough to make his cock twitch wanting nothing more than to rut within her, sliding his member along the seam of her buttocks.

Startling Charles from his sensual reverie, a small sob escaped Henrietta’s lips, and he noted a small puddle of tears and snot that had accumulated on the worn wooden floor directly under her head.  It seems the naughty girl had become contrite…for the time being at least.

“Is throwing food habitual for you…it would seem starvation would’ve made you more accepting not less, am I correct, my dear?”  He rubbed his hand lightly over her striped cheeks, a couple of them oozing a little where the skin had been broken.   “Look at this poor backside.”  He tsked out loud.

“Understood. I suffer from the same ailment. What made you throw the bowl of porridge?”  Charles purposefully let his finger wander over the puffy lips of her sex, sticky with her arousal.  It would appear the lady enjoyed a bit of humiliation, which bolstered his spirits, he loved nothing more than a good session of degrading objectification.

“Nanny said I had to eat it or I couldn’t have bacon and pancakes.”  The borderline whine and pout heavy on her words.  “And I haven’t had pancakes…I don’t…it’s been a long time, Sir.  And I…I just didn’t want to eat that vile substance.”

“I see. But do you see in hindsight that obeying Matilda would’ve been the wisest choice, moppet?”  He slipped his pinkie into her little-puckered hole, the finger stuttering along the dry, sensitive tissue.

“Oh…ow, ow…Yes…yes, Master William.”  Her hips waggled a bit, her gasps of pain bringing a smile to his face.

“Tell Agnes and Nanny what my finger is doing, girl.”

With his free hand, he slapped her hip with enough force that he quickly had to brace her with his leg for fear she’d topple over.  “That’s not the answer, girl.  Again—tell Agnes and Nanny what my finger is doing?”

Choking on a sob, she quickly replied.  “Your finger is in my puckered hole.”

Poor girl. Charles ignored the tug on his heartstrings.  It’d serve no purpose to coddle her, especially with a volatile reaction such as this.  This punishment needed to be memorable for the benefit of both parties.

“When my finger is in your dark hole, it reminds you that I’m in charge. I command, and you obey. If I so desire, I can walk you through the house dragging you with my finger in your little bum.  I’ll be kind and gracious to you, girl, that won’t happen today.  But I’ll not promise what will happen if you decide to exhibit such impertinence again.”

“Yes, Sir.”  Her voice was small and pitiful, sounding more like a child’s than a grown woman who deserved a harsh punishment for her deeds.

He slid his large finger through her labia while pumping his other finger in her anus.  “You’re sopping wet girl; it seems Miss Henrietta may enjoy a bit of public shaming.”

“Mmmm.  No, not yet.”  Exiting from her dark channels, he wiped his fingers on each hip.  He quickly adjusted his pants, glad he wore them baggy, not like the tight gas pipe trousers some men wore these days, these at least afforded him some modesty since his erection was undoubtedly obvious to all in the room.

Backing up a couple of steps, he stared appreciatively at the decadent display before him, wishing he could just plow into her.  “I believe further chastisement is required, and more importantly, discipline from your headmaster.” 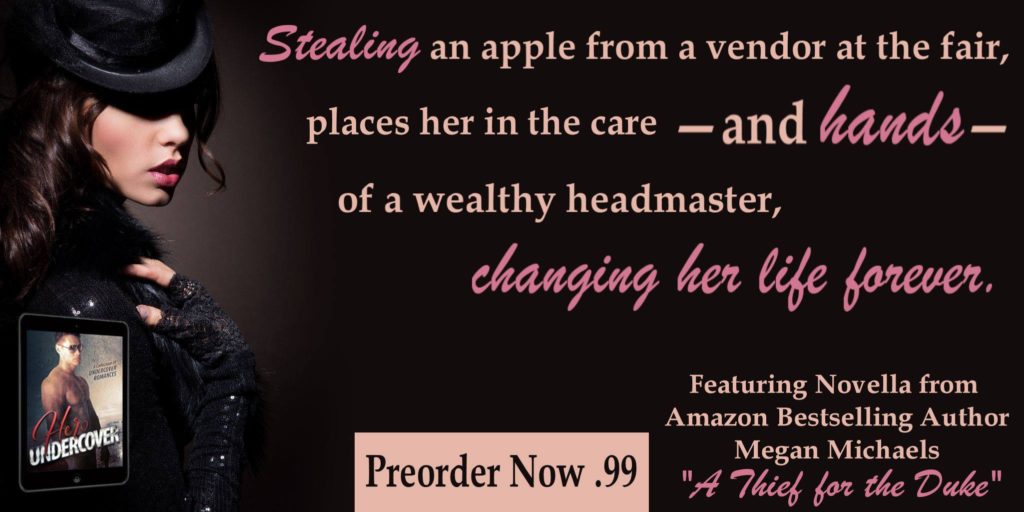