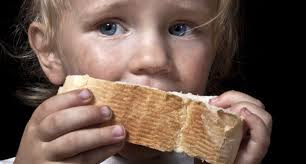 Warning:  This post is heavy.  I’m hoping it will get everyone thinking, reassessing situations in their lives, and maybe spurring everyone into action.

When I was a small child, after my mother kicked out the alcoholic, gambling step father, my grandmother came to live with us, helping my mother care for my sister and I.  She had a phrase she said to us often. I’ve searched the internet and cannot find it.  So it must be one of those sayings that they know in Canada or maybe it was one she made up. It went something like this:

You either eat your black bread when you are young or when you are old.
As a child, I didn’t really care about this phrase. Black bread refers to poverty, want, and need.  I just knew that dealing with poverty at a young age was difficult, whether it happened when I was young or old, I just wanted it to end. I wasn’t able to have some of the things that my friends did who were in a private catholic school. My sister and I were at the school on charity. We had government milk, cheese, and that awful government peanut butter.  And we lived in a trailer park. I had many friends that weren’t allowed to spend the night at my house because it was a trailer and their parents didn’t want them to associate with us. On top of that, we didn’t have a father. Today that’s not a big deal, but in a small rural town, at a Catholic school, we weren’t only an oddity, we were to be avoided as “those kids.”
In discussing this with a friend, they thought it’d be easier to eat your black bread as a child than as an adult.  I said well, you say that because you didn’t eat your black bread as a child. It changes who you are.  It changes your personality.  The scars last a lifetime. 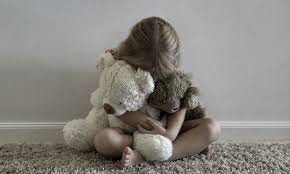 You become insecure walking into a room, unsure who will accept you and who won’t. You make a Father’s Day card for a man you’re glad is gone, because the physical abuse left with him, but you wish you had a father to give the card to. You throw it on the floor of the bus, because you don’t want to see the far away look that your mother gets when you bring it home. You stare at the fancy snacks in other kids’ lunches that you’ll never have. You see the pretty bracelets, headbands, ribbons, and clothes they wear—you don’t receive frills and ‘silly things’. You know that your family is happy to have dinner every night–but you wish you could, just once, have a pretty ribbon or a light up pin for your shirt at Christmas.
When eating your black bread as a child, you make promises to yourself.  My children will have bananas and cookies whenever they want. We will have ice cream in the freezer every day, and they’ll have new crayons whenever they ask. 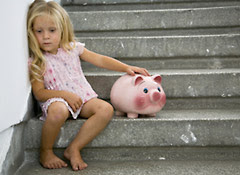 In relating these promises to my husband one day, he laughed and said, “My God, is this why we have fucking crayons all over the damn house?”  I hadn’t thought about it, but yes.   Those big bins you get at Walmart that have popcorn in them at Christmas, we have three of them filled with crayons.  My kids are in their mid twenties and I still have them.  I can’t throw them away.
Eating your black bread as a child doesn’t mean you are worry free.  When someone buys you a new jacket, you worry that there may not be dinner because of it. You watch your mother to be sure she’s eating too and that she has enough food. You skip seconds, knowing she’ll eat what’s left on the plate when she’s cleaning up the dishes.You lie and say you don’t want to eat at McDonalds, you’d rather eat at home.  And when you’re told that Santa can only bring one toy per child because parents have to pay Santa for toys, you pick one that doesn’t cost as much in the catalog, wishing Santa didn’t charge.  Eating your black bread as a child is definitely difficult.

But as an adult, you’re responsible for others–you now are the person that has little eyes looking to you. You become the person who carries the burden when you have to tell them you can’t get that because you have no money. I don’t know how this feels. I fit my grandmother’s saying–as an adult I’ve not had to worry about purchasing toys, food, or crayons. But I remember my mother worrying.  And as an adult, I helped start the local Ecumenical food shelf. I was a food verifier, I talked to the people calling, needing food for their family and many, many days delivered the food.
I’ve seen grown men sob as I handed them boxes of food. I’ve seen children sob that they had just prayed for food and Christmas toys. I’ve held women who didn’t know how the baby would be fed today.

I’ve seen the devastation of eating your black bread as an adult. I heard my mother cry telling me that she’d have me sleep with her as a two year old, worrying about me because I had only had tomato broth for days, and she’d lie awake listening to my stomach growl knowing that she had no food for tomorrow either. Or the year that she only had one present for both of us, no dinner, nothing for the stockings, until Christmas Eve when Santa came in with bags filled with toys, boxes of food and produce for dinner. Until the day she died, my mother never overcame her black bread days.  She always worried that she’d be eating her bread again. She scrimped and saved, and died completely debt free, but her cupboards overflowed with food—just in case.  And I live the same way.  Every single cupboard in my house is filled to abundance. Just in case. She never fit into her small town. She remarried, joined the PTA, did cub scouts for my baby brother, attended all our sports, but she sat alone and never became accepted. She’d always be seen as the poor, single mother living in a trailer park.

So what is the conclusion?  Is it better to eat your black bread as a child or as an adult?  As someone who lived through it as a child, I want to say it’s worse as a child.  But I’ve seen the devastation it causes adults.  If I have to come to a conclusion—Black bread sucks!  No one wins, everyone loses. Children and adults suffer. Everyone walks away with deep, life-lasting scars.

I urge everyone who is affected by this post today, gather a bag of groceries and bring it to your local church, police station, or post office. They’ll get it to the local food shelf.  Guaranteed!

What’s been your conclusion?  Let me know what you think?