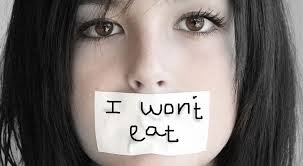 My Russian Master has a couple plot lines–both internal and external.  The internal one has to do with Caroline’s poor self image and a past with anorexia and bulimia.  It deals with how easily this disease can be triggered, and the tormenting thoughts that accompany it.

I had written about my own personal battle with Anorexia in a post in June, 2014.  If you missed it you can click on the title and read it.  V= Victory Over Anorexia.

It isn’t the focal point of the book, I kept it as much as I could in the background but want to warn everyone that I’ve been told a few times now that it definitely can trigger this illness.  But I’ve also been told that it wasn’t so harsh that they had to stop, and that the love and happily ever after made it worth reading.

Here is a snippet with the struggle Caroline has during a conversation with Maxim.

“We will be weighing you next week. It has been four weeks since we started. I know you feel the clothes are fitting different. I see a change in your body; eating clean and working out has helped you tone up.” He broke the bread apart, spreading butter on it.
She’d pass on the bread — and definitely the butter. Just hearing that she’d be weighed next week sent her into a panic. She wanted to lose so much weight, so fast. She needed to show Derek that she’d lost weight — and that her Russian Fitness Chef had been worth the money.
“Bread?” He held up the plate.
“No. I don’t want any. Shouldn’t we avoid bread and butter? And why are we having pasta for dinner?”
He put the bread down, staring at her with his head tilted as if confused by her words. “What is wrong, Lena? Why are you worried about carbs?”
“Nothing. No reason. I just always heard that to lose weight you were to have no sugar, no carbs, and no fat.” She toyed with her soup, rather than actually eating it.
“Lena, we’ve discussed this before. I know in your college days you struggled with bulimia and anorexia. I don’t want any of the losing weight to trigger these behaviors for you. Are you wrestling with eating disorder issues?” Maxim put his spoon down on the plate, leaning forward. “I know that Avery helped you overcome it. Do you feel that it is coming back? I need you to be honest with me.”
“N-no. I’m fine. I just want to eat the way I’m supposed to, and I wondered why we aren’t cutting out some of the things I listed. Th-that’s all.” She avoided eye contact, picking out the chunks of mushrooms in her soup and piling them on her plate.
That is until she felt his forefinger under her chin, raising her head up, forcing her to gaze into those dark eyes.
“That’s why you hired me, no? I will make sure you are eating right. Caro, do not lie to me on this. As I’ve said before, the whip is for good girls. But if anorexia or bulimia has you again, and you do not tell me? I swear that whip will be used on you as a bad girl. Clear?”
She swallowed. That wasn’t something she even wanted to think about. His belt had been more than enough. She shifted in her chair, gasping as her bottom rubbed against the polished wood, reminding her once again that she’d been sitting at the table half naked. Her clit throbbed, and her juices let down, pooling between the tight seam of her labia. She had indeed been struggling and now that she knew she’d be weighed next week, her mind was already running a list of things she’d do to assure that she would lose more than anyone expected.
“Yes.” She rolled her eyes. “I understand.”
“Nyet! Do not roll your eyes. Rude. Very rude.”
“I’m sorry.” She wondered again if she should confess that she was grappling with this and toying with the idea of embracing anorexia and bulimia once more.
“I’ve got you on this. I know just how to tone you up without you getting ill. But the emotional issues I can’t guess on. I can only assure you and support you.”
“I’ll… let you know.” How would she share this? This issue that had plagued her off and on for ten years, the disorder that she thought she’d fought and conquered, appeared to be creeping back into her life. How would she tell him? How do you explain that you desire to feel the hunger pains, that you want to go to sleep hearing your stomach growl? The need for control. The need to be in charge of every last detail of what you allow inside your body — or the forced expulsion of internal contents from your body. It wasn’t a topic that a woman just discussed with anybody.
But if she didn’t tell him, she’d be breaking his trust. She’d given a promise to let him know. Maybe he wouldn’t find out though? Perhaps she’d be able to lose this weight without him having a clue as to her methods.

Maxim rose, getting the still-warm pasta from the microwave and bringing her the bowl. It was too much food, especially if she was being weighed tomorrow. She didn’t want to have all those carbs in her body.

If you want to read more click on the links below 🙂