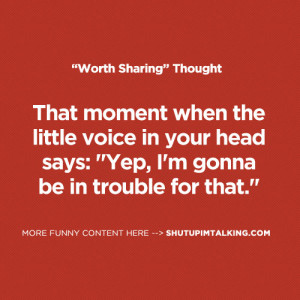 It’s been a while but I’m finally back!!  I have a new book that I’m hoping will be out in three weeks or less.   I’m really excited about this one and can hardly wait to share Cade and Sunni with you all.

This snippet is unedited, so be kind to me:)  I’ll be sharing at least twice a week until release.  Hope you enjoy it

She tried doing mental math—three digit numbers multiplied by three digits. It kept her distracted, but the need to have an earth-shattering orgasm overcame the mental gymnastics.

And although Sunni knew that soon her ass would be on fire, right now, it was frozen solid—as was most of her body.   She didn’t even know he had a woodshed on the back of his property, until he dragged her half naked through the snow to introduce her to it. Even though his large winter coat came close to her knees, you can’t be warm in subzero temperatures in Wyoming when you’re naked underneath. Thankfully, he had a fireplace in the shed, and he’d stoked a nice fire to keep her warm, but her nerves had her shaking nonetheless.

However, that day never came.   This morning when Cade had left in his state police cruiser for work, she did what she’d done for weeks now and grabbed the keys to practice up and down the driveway.   But, when she tried to put his “First Wife”( as he affectionately called his truck) into gear this morning, it sounded like an airplane engine taking off and would only inch down the driveway. But even more disconcerting to her, it had a terrible burning smell.

Sunni had quickly shut it off, letting it rest for a bit and then praying to the God of Trucks and First Wives she had tried starting it again.

This time she’d sworn there was smoke coming from somewhere. She quickly popped it into gear, regardless of the evidence telling her to leave it halfway down the driveway, forcing it to go back to where he’d parked it.   Sunni didn’t have a clue what it was or why it had happened, but she knew that Daddy would kill her for it. So she left it, waiting for the day he’d start it on his own, believing that he would come to the conclusion that it had just “broken.”

Of course, the thing that Madison (Madison Anne Weaver when she was getting spanked) had dismissed prematurely was that as a state trooper, he’d be able to piece information together better than she expected.   The other thing she hadn’t taken into account, he had a nose for trouble. Call it instinct, call it skill, or whatever. Cade had it by the bucket load, much to her chagrin.

She also didn’t anticipate that he’d figure out something was wrong with the truck the same day! He had come home, walking through the door with his eyebrows furrowed. “Baby girl, do you know why there’s a funny smell coming from my truck? And I think it’s parked in a different spot, do you know anything about that?”

She had hoped she didn’t look like she’d swallowed a toad, because that’s sure as hell how it felt. She blinked rapidly. “N-no. I don’t have a clue? Why would it be smelling? And smelling like what?”

His eyes narrowed as he tossed his keys into the basket, retrieving the truck keys, keeping his eyes on her. “I’ll be out trying to figure out what’s wrong with My First Wife.”

A few minutes later, he’d come back into the house looking more serious than when he’d left. “It appears that the clutch has been burned out.”

So that’s what that damn smell was.

“Ohhhh, really? Is that a bad thing?” God, Sunni had hoped it was like a twenty dollar part and he would care less.

“Yes, Madison. It’s a ton of work and will cost around seven hundred dollars to fix. It’ll take a full day, maybe more. I’m going to ask again, do you have any idea why my clutch would go?”

She just knew that if she stuck with her story, he’d decided it was wear and tear. If caught or confessing to him, it would mean a spanking.   If, however, she was caught in a lie, it’d be the spanking paddle plus the punishment for the misbehavior. But she couldn’t risk it. He’d never guess.

“No, Daddy. I don’t have a clue. You told me not to drive the truck, remember?”

“I did, didn’t I?” He tapped his finger on his lips with his forefinger. “You know what’s funny? You know the bracelet I bought you a couple weeks ago?”

Where was this going? “Yeah.”

“I found it on the floor near the gear shift. Have you been missing this?” He dangled it from his finger, raising his eyebrows at her.

“That’s right! ‘Fuck’ is right, little girl. So do you want to tell me the truth now? It doesn’t stop the fact that you’re getting the spanking paddle for lying, but how long you’re spanked by it is proportionate to how long it takes you to confess.”

“Oh, God. It was supposed to be a surprise for you.”

“Oh it was a surprise all right. I’m kind of anxious to hear what kind of surprise.” He crossed his arms over his chest, leaning against the back of the couch to listen.

Sunni wrung her hands in the hem of her shirt.

God, it’s all in the presentation. If I present this the right way, he’ll be fine.

“I thought about how you drive the cruiser all the time, and how you love your truck. And how I’m sitting here all day, cleaning and finding ways to serve you and make your life easier.”

He nodded, the side of his mouth kicking up a little   He was taking a little too much enjoyment in this.

“So I thought, you’d probably love it if I could drop you off and pick you up from work every day. You’d get to enjoy your truck, we’d get to talk on the way to work, and I’d get to serve you.”

“Uh-huh. Interesting. So this wasn’t for you, it was for me?” He pointed his finger at himself.

“So how and where were you practicing, do tell?”

Sunni quickly answered. “I practiced here. I never went on the road, I promise. I just went up and down the driveway. Over and over and over.”

“And successfully destroyed the clutch in my truck.” He shook his head looking at the floor pushing off the couch, walking up to her. “So you remembered that you weren’t supposed to drive the truck, that’s going to cost you. 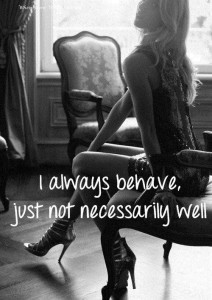 If you would like to be part of my newsletter, please sign up below, I will be giving extra chapters and price reductions to newsletter fans before the book is released.  In addition, if you would like to receive an ARC of this book in exchange for an honest review send me a note at MeganMichaels021@gmail.com

While you are here–take a tour around my new blog and have some fun.  I’ll see you all on Sunday’s Six of the Best and WIP It Up Wednesday!  Stay warm!!

2 thoughts on “Burning a Clutch Gets Your Bottom Burned”