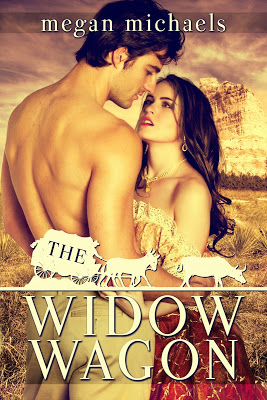 Would this young, headstrong, mail-order bride allow herself to be molded, tempered, and disciplined into the woman — and wife — this demanding, dominant frontier man desired?

About the Book
They’d found him with an Indian arrow in his back. What was a woman supposed to do with one dead husband, one untended farm, and zero options? Strength, sass, and a never-give-up attitude had served Sophie well, but after the death of her strict, but loving, Clive, she’d need a lot more than those qualities to survive.

There might be one way though, one last desperate option… and they called it the Widow Wagon. Widows and their children could purchase safe passage in a covered wagon to the Oregon Territory — where they would all meet up with the strong, determined men looking for mail order brides. The Widow Wagon might be one man’s last, best hope.

For Daniel Weston, losing his beloved wife had broken more than his heart, it had broken his confidence that he could conquer the west. From the first moment he set eyes on Sophie he knew he wanted her, to make her his in every way. Her dramatic curves, bewitching eyes and fiery temper drew him, called to him, fired his possessive lust. But would that attraction be enough? He could already tell there was going to be a reckoning — and that reckoning would be the heated meeting of his work-roughened palm with her soft, bare bottom.

Yes, she was beautiful, intelligent, and with a little more attitude than would be good for the health of her backside, but Daniel thought he had what it took to break the spirited filly. What’s more, could Daniel dare hope for a second chance? How she reacted that first time he bent her over his lap — or strung her up in his barn — might be the key to whether or not this marriage of convenience in the American west might bloom into something so much more. Would this young, headstrong, mail-order bride allow herself to be molded, tempered, and disciplined into the woman — and wife — this demanding, dominant frontier man desired?

Publisher’s Warning: Intended for mature readers. 18 and over only!