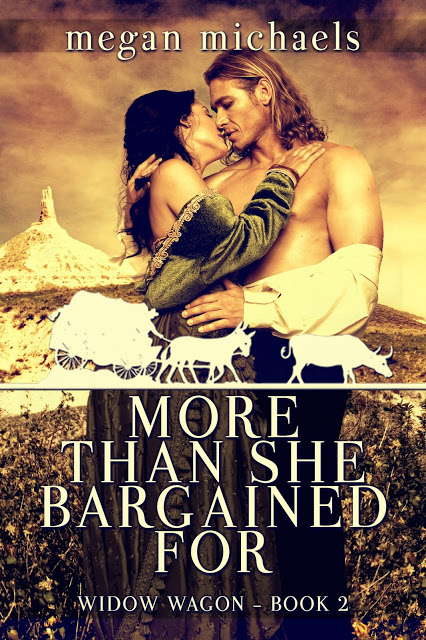 Wild as an untamed stallion, Daisy was never much for going along to get along.

About the Book
Wild as an untamed stallion, Daisy was never much for going along to get along. Her fiery spirit, burning passion and curvy beauty, which had served her so well in her young life were nevertheless useless to her when a Confederate captain comes calling with grave news. The greatest conflagration to ever befall the country has left its mark on her life too — forever. Lost, despairing, and with little choice left to a young widow, Daisy will nevertheless have to draw one last time upon that fierce spirit to strike out on her own. A new life in the great American west. Far from the misery and danger of the post-War South. A Dane transplanted in Nebraska waits for her at the end of the long trail. A mild-mannered Scandinavian man might be just the thing for her. A gentle man would be easily malleable, no match for the force of her personality. Right?

Training — horses specifically — was what Noah Jensen knew, lived, and loved. A new life far from his homeland of Denmark in the wilds of Nebraska suited him though. He needed the open spaces, the endless possibilities he could never have in his home country. Now, he needed more though — he needed a wife. Marriageable women were as rare in Nebraska as a warm spring day, so a mail-order bride was the answer. He’d been warned that the women obtained in such a way often needed… training. And one Daisy Anderson was a woman who particularly needed training. One look at her lush body, keen eyes, and volatile disposition though, and Noah knew she was the one for him. Now all he had to do was convince her of the same — even if it meant showing her just how strict and unbending a Danish horseman could be with his wife-to-be. He had no doubt she’d be making plenty of trips over his lap — or secured over a bale of hay in the shadows of his barn for a lashing of that round, white bottom of hers. The only question was how many times it would take to bend her will to his.

Spirited southern sass, and female pride were about to collide with a Scandinavian rock more than ready to train his woman as thoroughly —and sometimes as harshly — as his fillies. Would the strong Nebraska Dane be able to tame her body without also breaking her spirit? And what was a man to do when his wife’s Civil War past comes back to haunt her, threatening to unravel his carefully laid plans for a life well-lived — and a wife well-disciplined?

Publisher’s Warning: Intended for mature readers. 18 and over only!