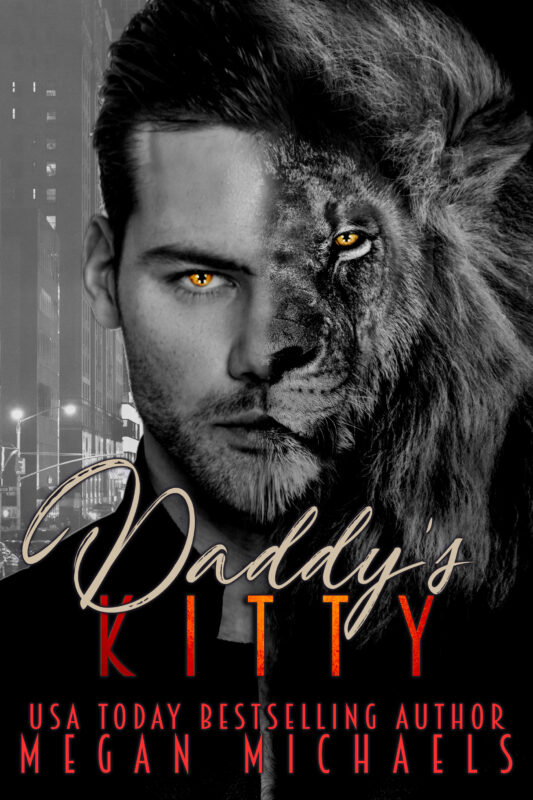 He calls her his mate. She calls him her daddy.

Order Now!
About the Book

He calls her his mate. She calls him her daddy.

Upon seeing a beautiful but bedraggled young woman taking shelter from the rain under the awning of a downtown hotel, Brock DiBella takes matters into his own hands, throwing her over his shoulder and swatting her cute backside when she tries to refuse his offer of a place to stay.

Soon Kat Scarpone is happily soaking in a warm bath drawn for her by the handsome police officer who stripped her bare and put her in the tub despite her protests, but when she attempts to sneak off from her new home she quickly finds herself over his knee for a sound spanking. Her best efforts to hate him prove in vain, however, and as Brock cuddles her in his lap with her bottom burning and tears still drying on her cheeks Kat cannot help wanting to call him daddy.

But Brock has a shocking secret and Kat has two of her own. He’s a lion shifter, and she’s not just daddy’s little kitten, she’s a cat shifter herself, not to mention the daughter of a dangerous mob family from whom she recently ran away. Can Brock keep his newly claimed mate safe from the mafia’s goons as he and Kat work together to bring down her father’s criminal empire?