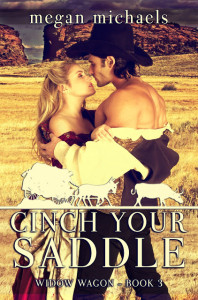 Welcome back to another Six of the Best Sunday.  I have more of the Angus and Clara story.  Last week his wife Rose had died.  This week he is now taking care of his little girls.  I have to say, this next part was so difficult to write. I shed quite a few tears in the process. It was just so tragic. (I took some liberty and added a couple  more paragraphs so I wouldn’t end in the middle or in an awkward spot 🙂

He slept on the end of the girls bed, taking turns caring for each of them.  Kat and Prissy had hair so blonde it was white, their piercing blue eyes as glassy as the marbles they played with at night.  Their lips were cherry red with fever, and he did his best to keep them drinking water.  But it had been difficult when they were so listless that the water dribbled out of the corner of their mouths.   He’d finally taken to serving water to them with a spoon.
Angus knew the night that Prissy died that he’d lost the battle for both of his daughters.  They hardly coughed anymore.  But their lungs, full of infection, rattled and wheezed,  their little bodies struggling for air, even as they appeared calm and almost… peaceful.  He’d given them more broth, hoping to clear up their lungs.  The Doc had said it would help.  But when Prissy started to have the fits, tremors ravaging her for minutes on end, he knew the fever had won.
He’d be losing his daughter that night.
Exhaustion had taken over and he’d collapsed at some point at the end of the bed, waking much later, startled to see sunlight shining through the little kitchen window in the main room.   He had leapt out of bed, touching Prissy’s face. Cold and gray. She was gone.
He’d slept, and his baby girl had died.
Common sense told him that it had nothing to do with him falling asleep, but he worried that she’d died alone.  Did she cry out for him?  No.  He would’ve woken up if she had.  Right?  Did she reach out looking for his arms to hold her as she left this world?  No, he would have felt the movement in the bed.  She had been listless all day.  She more than likely just drifted off, carried quietly by the angels out of this world.
Angus scooped up his baby girl, and her arms falling, dangling over his own. Tucking her nightie over her legs, he’d sat by the fire — to keep her warm.  It didn’t make sense. He knew she wasn’t cold — but she felt cold.  His paternal instincts were impossible to fight; part of him still  yearned to keep her warm, comfortable, and safe. Then he’d dropped his face against her clammy neck and wept.  He’d miss cuddling with his baby Prissy.  She’d been the one that sat on his lap or tucked herself under his arm in bed on those cold, lazy Sunday mornings.  She loved laying on his chest, hugging his neck. Those little arms wouldn’t wrap around him ever again. He didn’t know how long he’d sat there holding her.  But when the time came to give Kat her medicine, he’d gently placed Prissy in the bed, tucking the quilt around her just as he had for her mother.
When he’d rounded the bed, his lively and full of mischief Kat seemed as listless as her sister had been the day before.  With a low whine from deep within, he dropped his head to her small, slight chest and just wept.  He’d never understood why God didn’t hear his wails and cries.  He remembered the preacher saying that God saved his tears in Heaven.  If He would go to the trouble to save them, why couldn’t He just prevent the tears?  It seemed like Angus had been abandoned.
Angus had wiped the tears away, giving Kat her medicine, wiping her brow, and ladling her the same broth he’d given Prissy.  Surely God would let Kat live.  He wouldn’t let Angus be totally alone — lost.  Angus diligently cared for Kat, doing everything he knew to make her well.
But when nightfall came around and Kat had started to have the fits too, he knew he’d lost this battle as well.  He’d held her body, waiting for the fits to end and wailed loudly, begging God to take his life instead.  But his prayers obviously didn’t reach Heaven.
Kat had died a few hours later.
Angus had held her in his arms in front of the fire, remembering the antics and fun he’d had with his Kat.  From the time she could walk, she climbed and ran almost nonstop.  She wasn’t dainty or delicate as Prissy had been.  His Kat had been a tomboy.  She loved to fish and catch frogs at the pond.  She’d been the boy he hadn’t been graced with.  He’d find her climbing trees and sitting in the loft of the barn.  If mischief didn’t find her, she found it.  She’d been on the receiving end of her parents’ discipline many a day, and although he wouldn’t let her know it, he loved that about her.  She had a zest and zeal for life.   He always believed she’d do something important some day.  It looked like he’d been wrong.  He’d laid his lifeless daughter onto the bed next to her sister, covering her too.
Sitting in his chair by the fireplace, he stared at what used to be his family.  He would need to call the doctor and let him know, receiving death certificates for all of them.  Writing to Rose’s family would be a very difficult task–one he dreaded.  How would he tell them that their daughter—their only daughter had died in Missouri? Then burying them would be the next task, he’d bury them under the willow tree by the pond, putting a fence around it. He rocked, and stared, and thought. Rose died on a Sunday, Prissy on Monday, and Kat on Tuesday — the same day his own life had ended.

My goal is to have this book released on 9/8 and to do a cover reveal on Six of the Best next Sunday! (I know I said that last week–but I thought this weekend was Labor day ::::sigh:::::)

Click on the links below and visit the other great authors 🙂